Carly Rae Jepsen, “Party for One”
Sounds like:A perfectly tuned pop formula
Perfect for:Celebrating being alone instead of feeling lonely
Pop’s most romantic songwriter is back with a new kind of love story. On “Party for One,” Carly Rae Jepsen follows up the relationship ups and downs of her acclaimed 2015 album Emotionwith an anthemic celebration of being on your own. The first taste of her imminent fourth album sticks to the bubbly simplicity of her personal pop formula as she shrugs off a negligent lover in favor of being “back on my beat.”

Ariana Grande, “Thank U, Next”
Sounds like:The truest, purest form of self-love
Perfect for:Finally deleting your ex’s number
Ariana Grande has had a tough few months: Since releasing her finest album yet, Sweetener, she’s experienced the devastating loss of her longtime friend and former boyfriend Mac Miller as well as the end of a short-lived engagement to Pete Davidson. But instead of anger or sadness, Grande shows gracious acceptance of the changes in her love life. “Thank U, Next” is not just a break-up song: it’s a love song by Ariana, about Ariana.

Pistol Annies, “Sugar Daddy”
Sounds like:Three country hellraisers trading in spicy for sweet
Perfect for:Thanking the person who rightfully spoils you
Pistol Annies’ third album Interstate Gospelsounds like it’s made of sugar, spice and everything nice. The funky, alluring “Sugar Daddy” fulfills a little bit of each as members Miranda Lambert, Ashley Monroe and Angaleena Presley detail the lengths their downhome dudes will go to please them. Sounds like a pretty sweet deal.

Vince Staples, “No Bleedin”
Sounds like:One of the best West Coast rappers right now leveling up
Perfect for:Flipping the radio dial while stuck in L.A. traffic
Vince Staples stepped up to the plate this week with FM!, a late-entry, surprise-released contender for one of the year’s best rap projects. Structured like a radio special with interludes from the Los Angeles-based show Big Boy’s Neighborhood, it’s an effortless flex from the young star. With an assist from rising star Kamaiyah and a wild, propulsive beat, “No Bleedin” is a definite highlight.

Rosalia, “Di Mi Nombre”
Sounds like:An alluringly high-drama tribute to a Nineties classic
Perfect for:A quick lesson in what real flamenco sounds like
Spanish star Rosalia brings a much-needed lesson on the history of flamenco to pop with her excellent, intoxicating “Di Mi Nombre.” The single appears on the singer’s sophomore album El Mal Querer, which was mostly written and produced by herself. This swaggering taste of the LP brings light drama while paying tribute to the Destiny’s Child classic “Say My Name.” 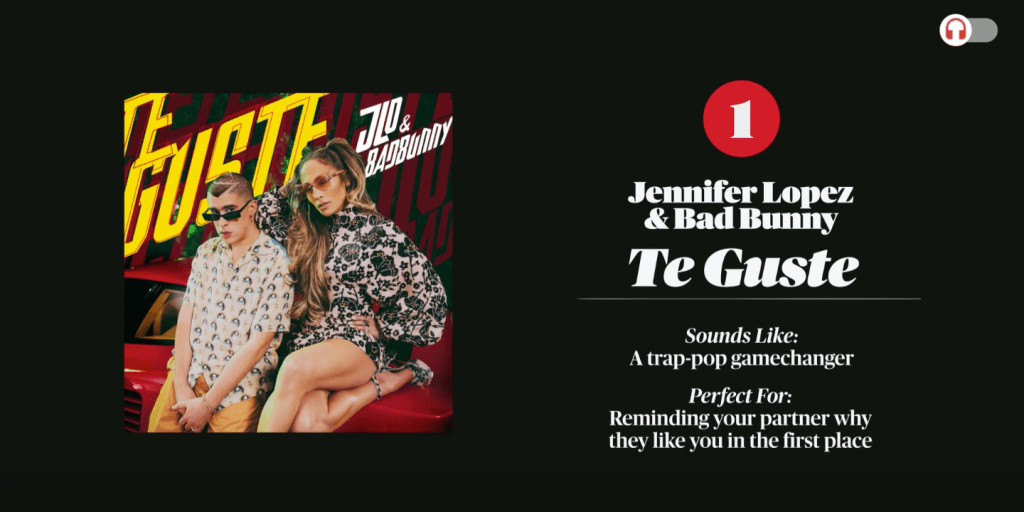